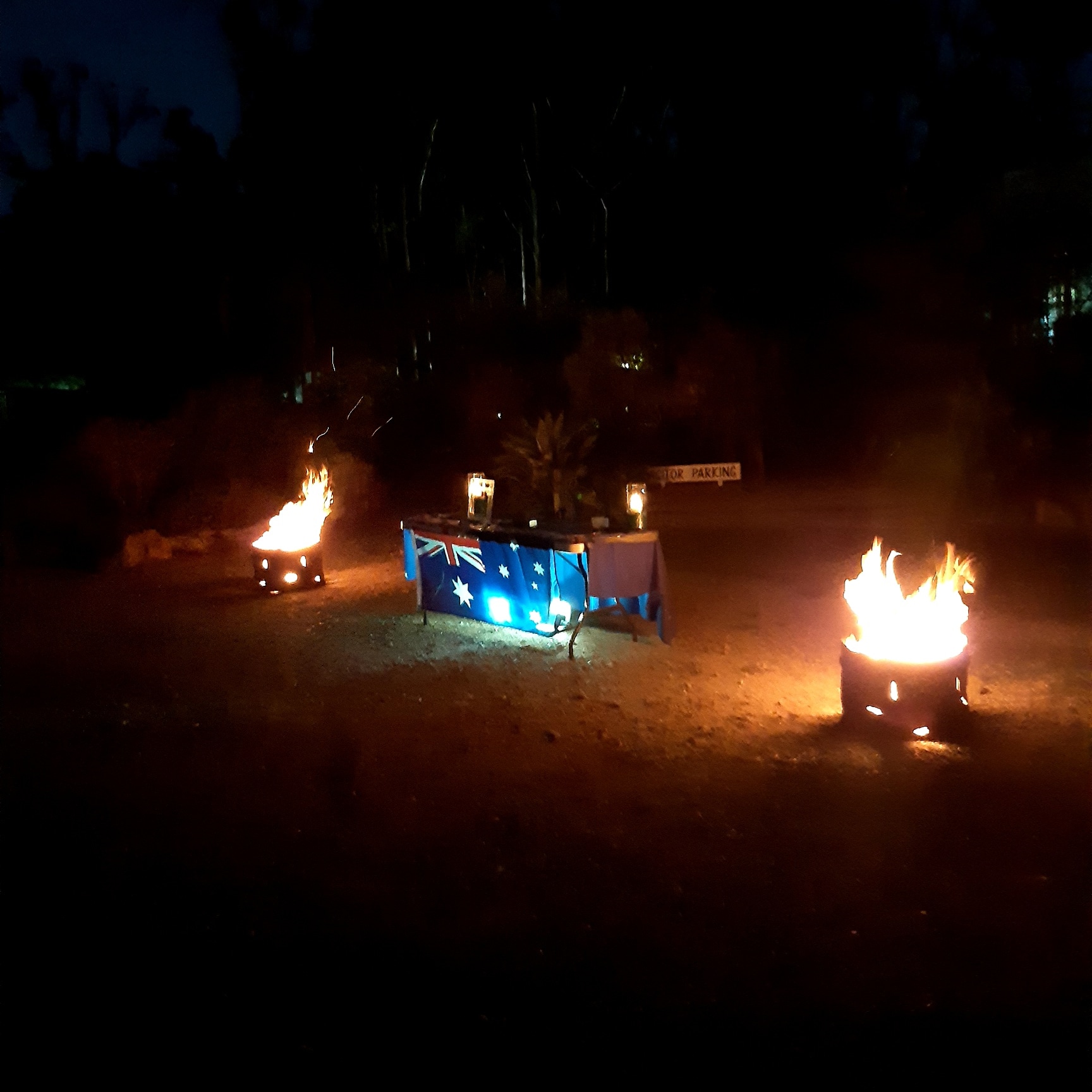 Barry Mallett, Blenders past President and Life member and wife Chris a tenor with our sister chorus Coastal Charisma, have been locked down in their motorhome, for 3 months, at the Barambah Bush Caravan Park near Murgon in the South Burnett region of Qld about 250km NW of Brisbane. They were sharing the 200 acre park with 14 other couples all in the same situation. Most were grey nomads like them accept for a young couple from the Netherlands who arrived in Australia, for a gap year after University, just as the lockdown started. They were travelling in a small SUV with a rooftop tent and were adopted by all the seniors as 'their kids'. Chris thought that everyone should be able to sing some a'cappella and decided to create a Covid19 socially isolated outdoor singing group. She put the word out and managed to get a mixed quintet. The CV19 Baram Bars. The soprano, Carolyn, was a retired school librarian, the alto, Sioban, an Irish nurse, her English husband and doctor, Adrian, the lead. Barry on bass and Chris floated parts to support as needed. The young Dutch couple did not sing. She sent them all learning tracks and coached them all with regular rehearsals. Always outdoors and socially isolated. 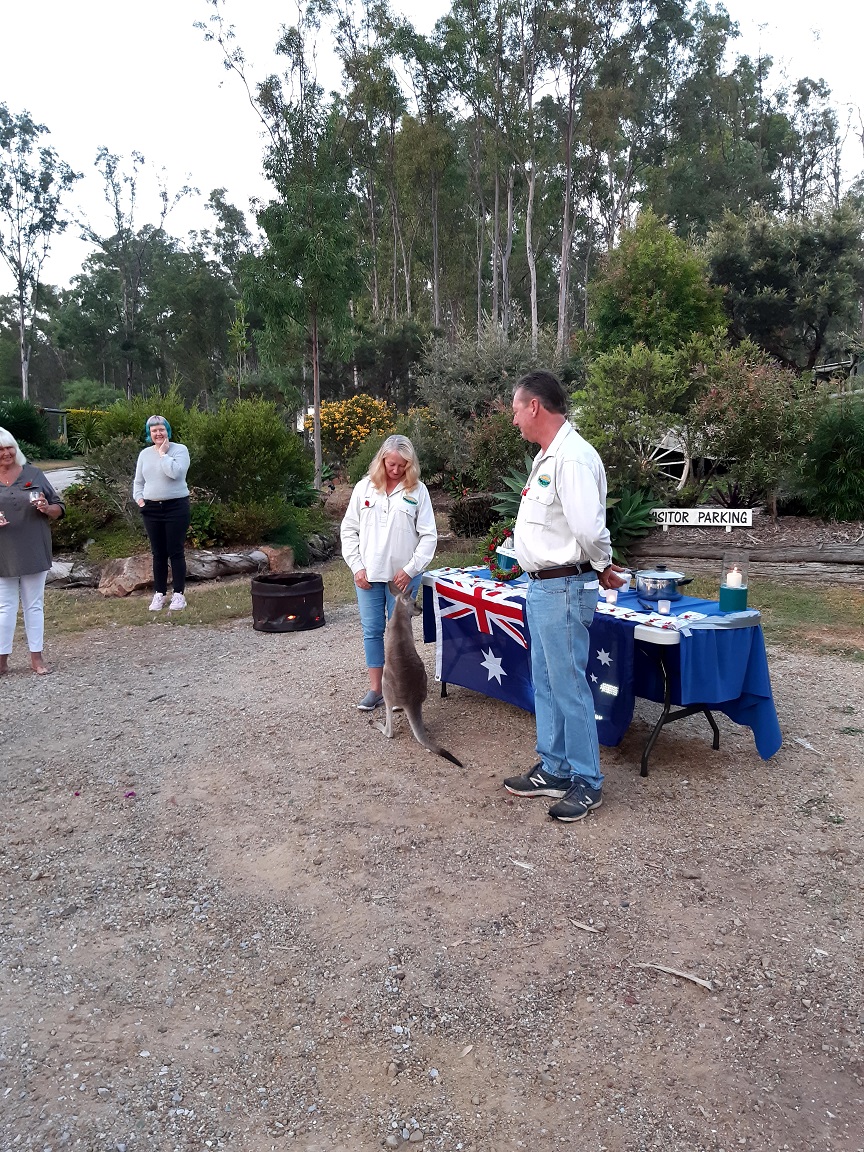 Sometimes they sang for others from a distance, throughout the park. Barry said that some of their audiences were King Parrots, Lorakeets, chooks, ducks and an 18 months old rescue eastern grey kangaroo, Suba(Roo), raised by the park owners, Barb and Rick. Everyone of the group were overjoyed by the emotional bonding and confidence gained by the barbershop singing training. Dr. Adrian said that he could see how beneficial this could be for mental health. He also said it made this time the most memorable of all their travel experiences. All have now moved on travelling and are keeping in touch via WhatsApp.

Park owners, Barb and Rick organised a socially isolated dawn service for ANZAC Day. Chris and Barry lead the group in both national anthems. Hot Toddies and ANZAC biscuits were served hygienically to complete the ceremony. Suba(Roo) stood to attention throughout.