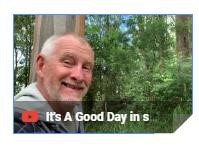 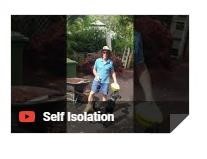 Perhaps we could start a challenge for others to submit their versions of self isolation, Barbershop style?

On another note I have been pondering an idea for the last 12 months or so relative to the drought, the morale for small towns and men's mental health. I have mooted the idea among members of our chorus which was met with positivity but was difficult to implement due to the demands of competitions and events already in our calendar.

Now that the calendar is clear perhaps there is an opportunity?

What I propose could be an event worth striving toward.
My thought was to book say a week tour of country towns putting on lunch and evening concerts in RSL's or pubs in each country town. If we worked in with Rotary for billets for our members,  and they do the  promotion in their town (along with beyond blue, or local choirs, or  any  other organisation where there was a positive benefit.)

My thinking is that as a group we are needing something purposful to look forward to and work towards. Particularly now we are in isolation. If we planned for an event as soon as the restrictions are lifted we would be first cab off the rank into these communities which would be great for our community profile and perhaps a way of attracting members to each of the clubs.  If we all were singing the same songs across the country in approximately the same week what a social impact that could be.

Members could learn songs and "qualify" them over zoom or submitted recordings. Then with say 2 weeks of rehearsals hit the road and present.

I am not sure if this idea would be of interest with other Choruses so I though I would float the idea hear and see if there was any interest.