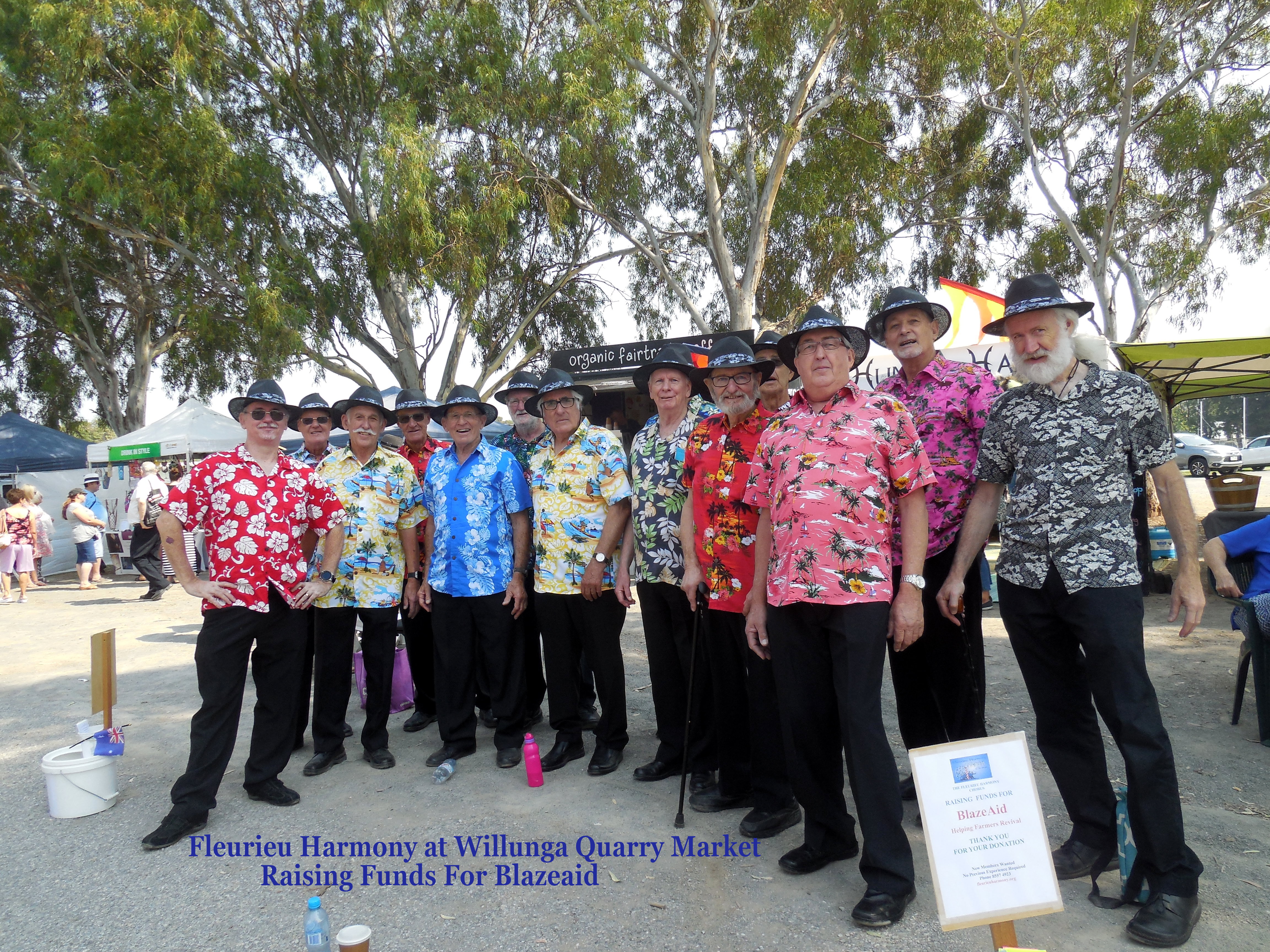 Fleurieu started the new year with it’s first singout only the week after we returned from the break followed in February by two fundraisers at the local shops and market for Blaze Aid collecting $720. 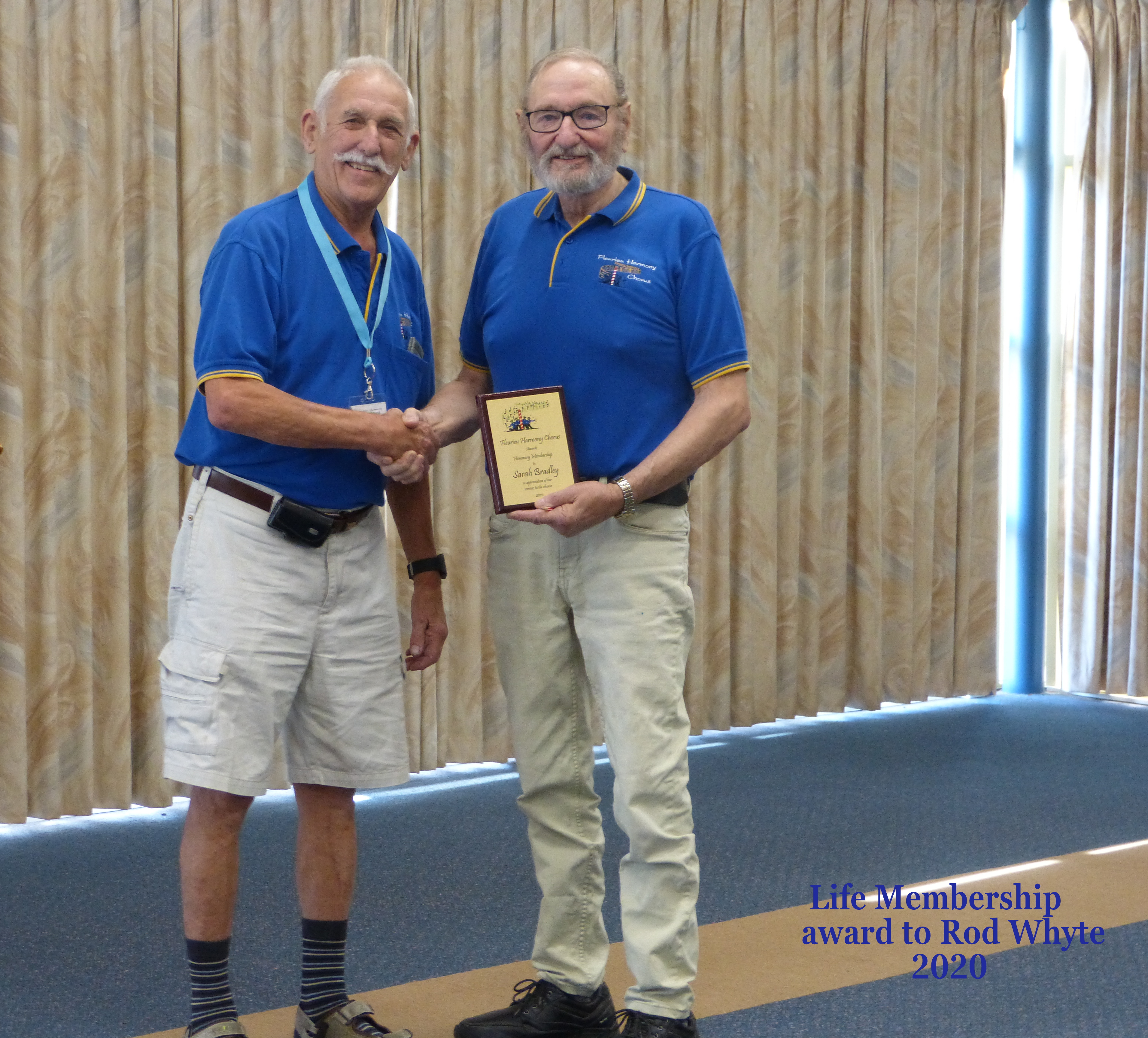 Long time member Rod Whyte was awarded Life Membership by the Chorus for his dedicated efforts and services to the chorus, Rod joined the chorus 14 years ago and soon became a valuable member of the
Management Committee and was President for 4 years and has since rejoined the Committee, he is a glutten for punishment. 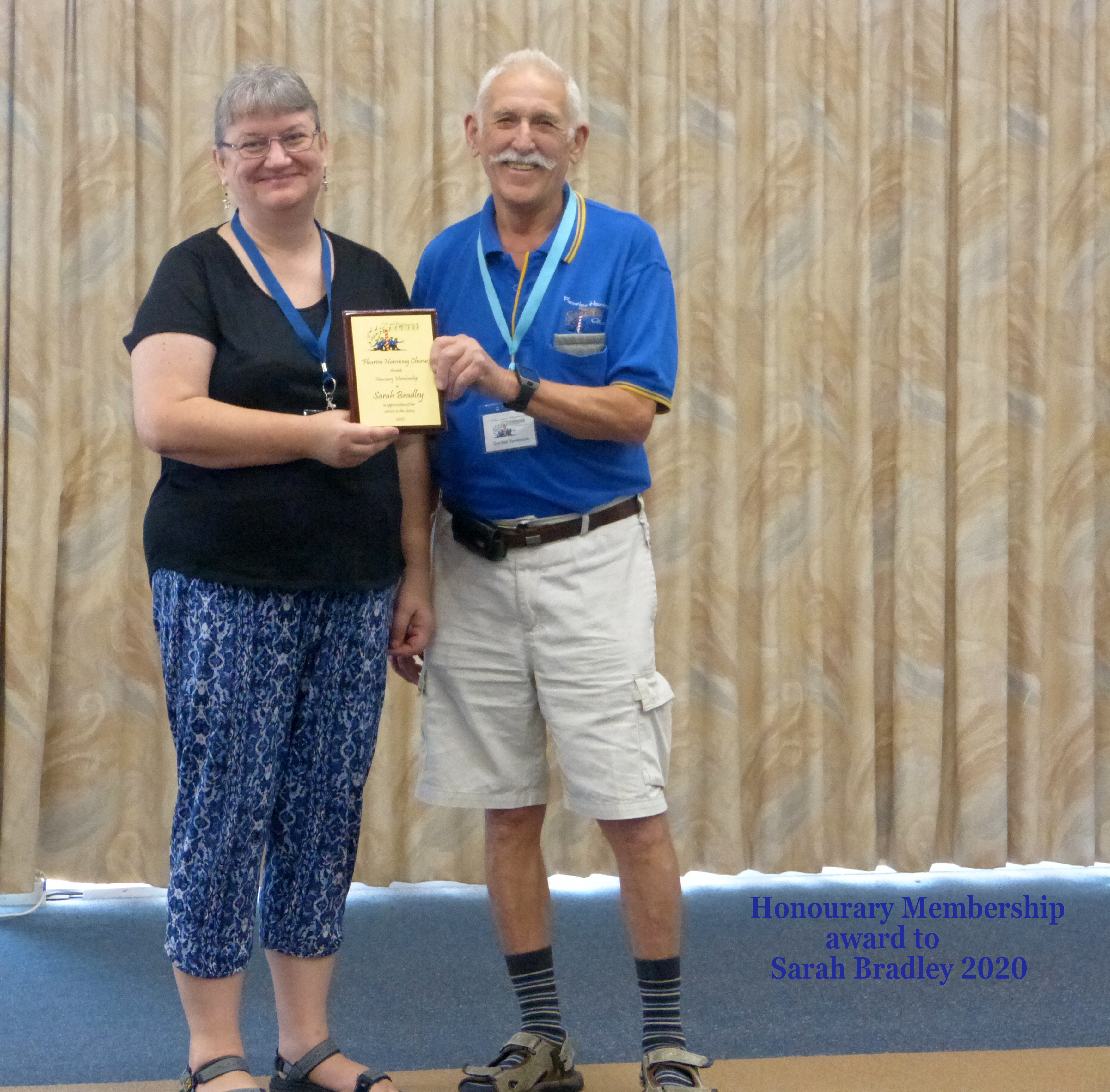 Sarah Bradley ,a non member, was awarded Honourary Membership of the Chorus for her coaching and generally giving valuable assistance over the past years.

We have a new Quartet in rehearsal called ’’The Pacemakers”, medical history unknown, they had a brief spot at the singout and were well received.

Wishing all Members and those at BHA a very Healthy and Harmonious new year.