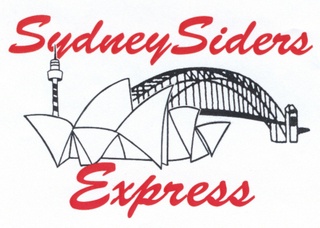 Regular contributors and readers of “In Harmony" would know the SydneySiders Express has been absent from these pages  for several years. This being the case, a potted history may help to address this.

The chorus was formed 30 years ago. It is one of the oldest choruses in the Eastern Region and has, in the past, attended National Conferences although we have not competed nationally for a number of years. Current consensus is that this will not change in the short term. Instead we have chosen to compete at a local level and  build up a vibrant sing-out program in Retirement Villages and Nursing Homes.

We also organise a matinee and evening  concert biennially. The remuneration goes to our chosen charity, the Children's Oncology  Unit at Westmead. Over the years we have raised $170,000 and in 2016 were recognised and are a ‘lifetime partner".

Over the years, several members have been made life members and  annually the Tom MacManus Memorial Trophy is awarded to a member for their exceptional contribution. We are also generously supported by the City of Ryde Council.

In April,  with  president George Nade, several of us attended Harmony College, enjoying the camaraderie and welcomed the knowledge gained from the committed leadership team.

Most recently  the chorus competed in the City of Ryde Eisteddfod and were awarded a “Highly Commended" certificate.

On a salient note, the current average age is 75 years, within this last twelve months we have mourned the loss of two members and several who have left on health grounds. Strategies  to rejuvenate are being developed. Tips and insights are welcome.