The Baden Street Singers once again made the journey down to the south-west of WA (“down south”, as we call it here) for the Denmark Festival of Voice. Organised by Denmark Arts, this four-day event provides a platform for performers displaying myriad vocal and instrumental talents, with an emphasis on homegrown Western Australian acts.

This year saw the group attend with their largest membership yet, a total of 33 active singers and a whopping 9 new members. Our involvement in the festival consisted of performances and workshops at various locations around the town. Repertoire included all-time favourites such as September by Earth, Wind and Fire, an a cappella medley of popular game show themes and a choral arrangement of Misra Chappu by Australian musician Lisa Young. 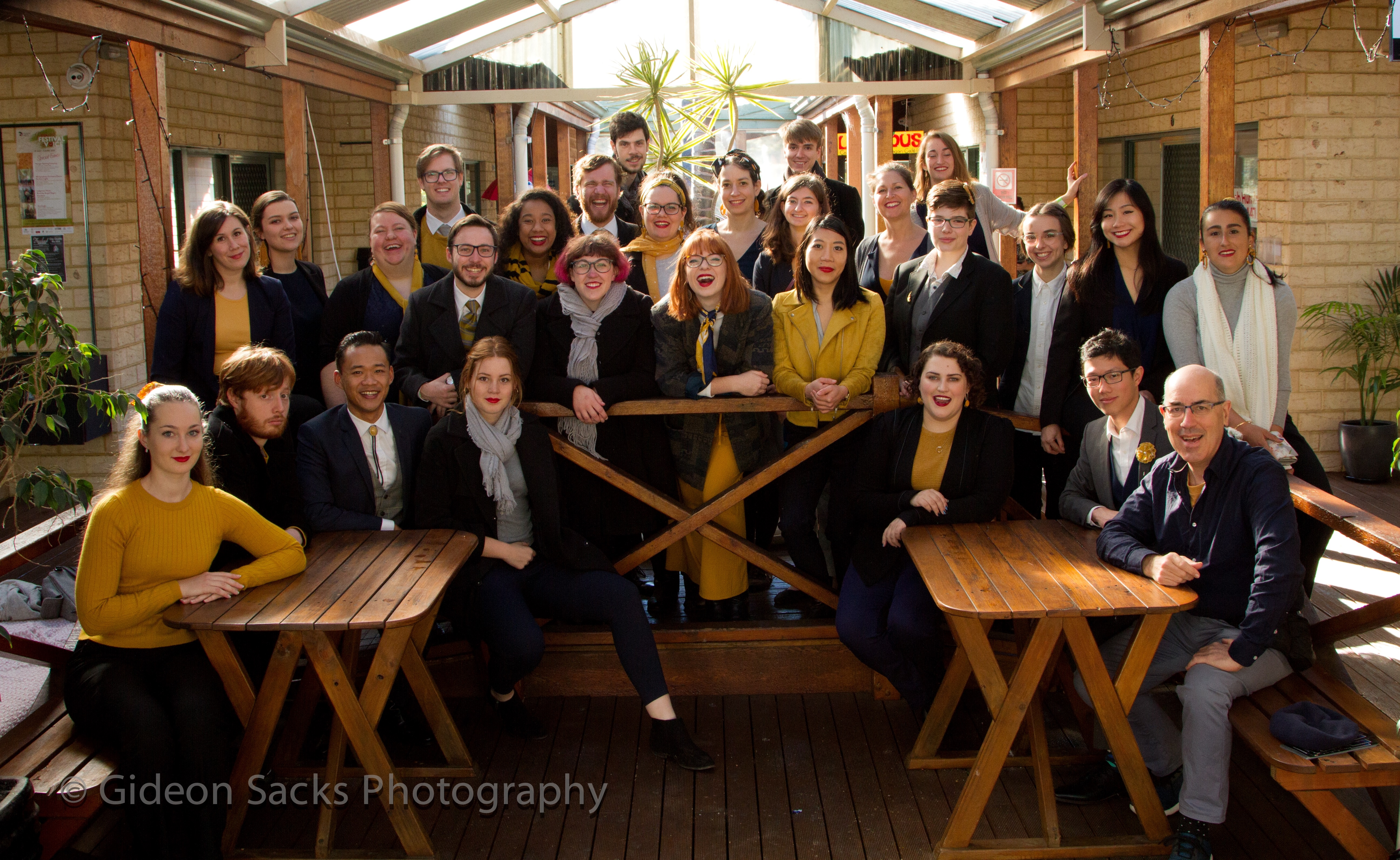 The workshop on stage presence, titled “So You Think You Should Dance”, was led by assistant musical director Ryan Nicholson, and was enjoyed immensely by attendees. We also debuted to the public our new contest ballad, written by chorus member Julia Nicholls and arranged by freshly-inducted musical director Nick Schurmann. We plan to perform this at the national convention in September, marking the first time The Baden Street Singers will perform a completely original song on the competition stage, as well as the first-ever original composition performed in the Mixed Chorus category in Australia.

The Baden Street Singers were incredibly well-received at the festival, with one attendee remarking that our performance “gave them hope for the world”. We can only hope to bring that feeling to Hobart later this year!