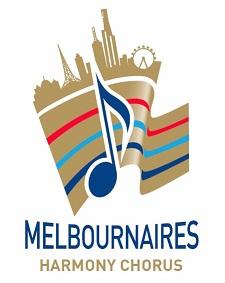 The Regional Contests have been run and won, and, apart from the chorus, at least two of our quartets have made the grade and been invited to compete in September at the Barbershop Festival and Convention to be hosted in Hobart.

Both Boardwalk and Sound Investment have made it through and there is still the possibility that our mixed quartet Skeeters will get a Guernsey. The greater exposure to their peers at rehearsal nights, arranged by MD Ian Lushey, seems to be reaping benefits for some of our quartets. It is also encouraging newly formed quartets to “have a go” and it is hoped they will start blossoming soon, and get to show their talents in forthcoming conventions.

Congratulations to all successful barbershoppers, and may you have an enjoyable Hobart Conference.
The members of the Melbournaires were recently given the opportunity to attend a workshop on quartet singing and personal voice coaching by Jen Howson. This was an all-day affair, and the quality of the coaching and humorous approach, made it a valuable and enjoyable session.

THE SAUSAGE SIZZLE.
It was another beautiful Winters day in sunny down town Nunawading, about 25k East of Melbourne, and on a lovely Saturday morning, all the DIY enthusiasts were driving their utes and SUV’s to the Bunnings carpark to pursue their favorite weekend passion. On this particular day, there was extra incentive to arrive at this destination, because word had obviously got out that The Melbournaires Harmony Chorus was once again serving up the delicacy otherwise known as sausage-on-onion-on-bread. The combination of the heady aroma from the hotplate and the lofty harmonies from the singing, brought wave after wave of customers to both Bunnings and the food tent, so that 850 snags were sold and The Melbournaires made a profit of nearly $1800.

This was a fantastic effort by Ralph Dodson who organised the event and was kept busy buying more product, and those members of the chorus who gave up their Saturday to spend at least one 2 hour shift over a hot hotplate. As shifts ended they joined in singing for queues and entertaining individuals with well-known barbershop numbers.