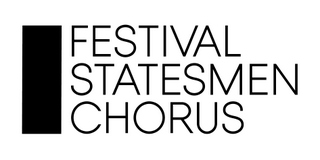 The Festival Statesmen Chorus has not taken a breath since September last year, moving into overdrive to turn 2019 into a major fundraising year to get the Chorus to Los Angeles in 2020. The Chorus will be representing Australia at the International Barbershop Harmony Society Competition.


We welcome back our founder and director Jonathan Bligh who has been studying his Masters at the world renown Westminster Choir College, in Princeton, USA. A massive shout out to our acting director John Khammash who has been steering the ship while Jonathan has been away. Thanks mate!

December was our first attempt at capitalising on the Christmas season, which involved lots of busking, gigs and a magnificent, sold out Christmas concert.

February was a busy month participating in the Adelaide Fringe with 7 sold out shows of ‘Choir Boys,’ a pop a cappella musical written by us. This was followed by an Adelaide Festival performance where we had the pleasure to sing as part of ‘National Geographic’s Symphony for our World’ where we helped sing the backing to a beautiful documentary.


There have been many corporate gigs in the first part of the year, everything from Toyota to marriage proposals.  In June, our focus is a major fundraiser Quiz Night, which is going to be an awesome night of singing, games and testing of intellects.

Preparations have already begun for our Ten Year Concert on Saturday August 31st, which will be held in the beautiful Woodville Concert Hall. This show will be an extraordinary evening showcasing everything from Barbershop, to Classical and Pop A Capella music.  If you happen to be in Adelaide during this time, we would love to see you there!

September brings us to the BHA National Festival in Hobart. Festival Statesmen Chorus will be there, not competing as a chorus, but we are excited to host the Chorus Corral and to perform a few times throughout the festival.