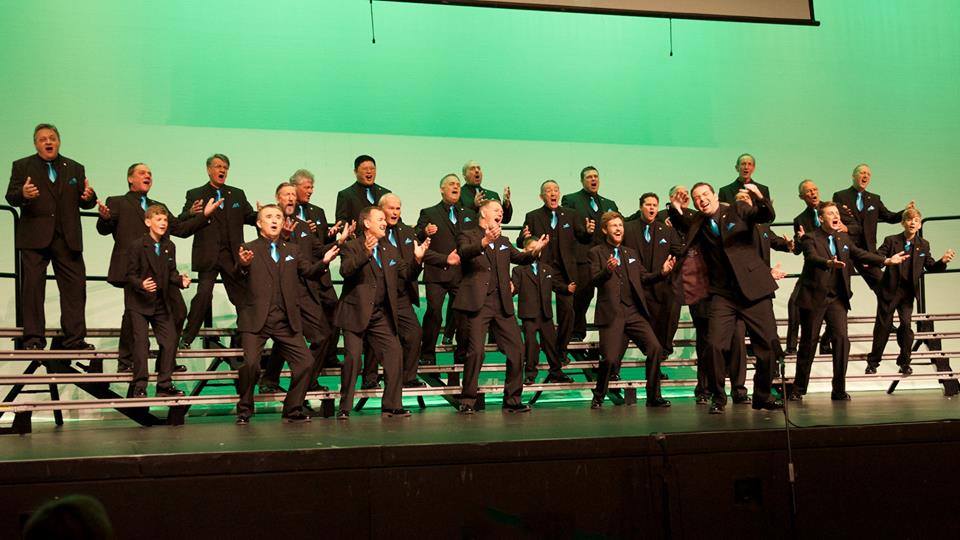 With a successful farewell concert under their belts the chorus converged on Perth full of anticipation. This was to be their first national competition and all hoped they had done enough. They were hoping for a great score – and a medal would just top it off.
After the results of the youth chorus competition, (on the Thursday) speculation was running high as to the final results for the national chorus competition coming up on the Saturday. The quartet competition was on the Friday with Sound Connection being represented by three quartets, Adrenaline, Connect 4 and Front Page news – as well as two members of Benchmark.
With Adrenaline being in the finals it was going to be a late night, as the chorus rehearsal was scheduled for 11:00pm (after the Quartet finals). Adrenaline was placed a very close fourth and pleased with their performance.  The final chorus rehearsal was short and sweet – to allow everyone to have a good night’s sleep.
The pre-convention breakfast was at 7:30am and all assembled ready to catch the chartered bus. The atmosphere was one of excitement and nervous tension; for some this was their first national completion, and for others this was their most important competition.
After the formalities of the breakfast, they were presented with a memento – a gold and diamante star - their unreachable star. This looked perfect on their new black suits and aqua ties and pocket hankies.
Now it was into the loop and then on to the stage for eight minutes of beautiful singing; had they done enough? The results clearly said ‘yes’ as they were placed a creditable third behind Vocal Evolution Chorus from Perth and Festival Statesmen Chorus from Adelaide.