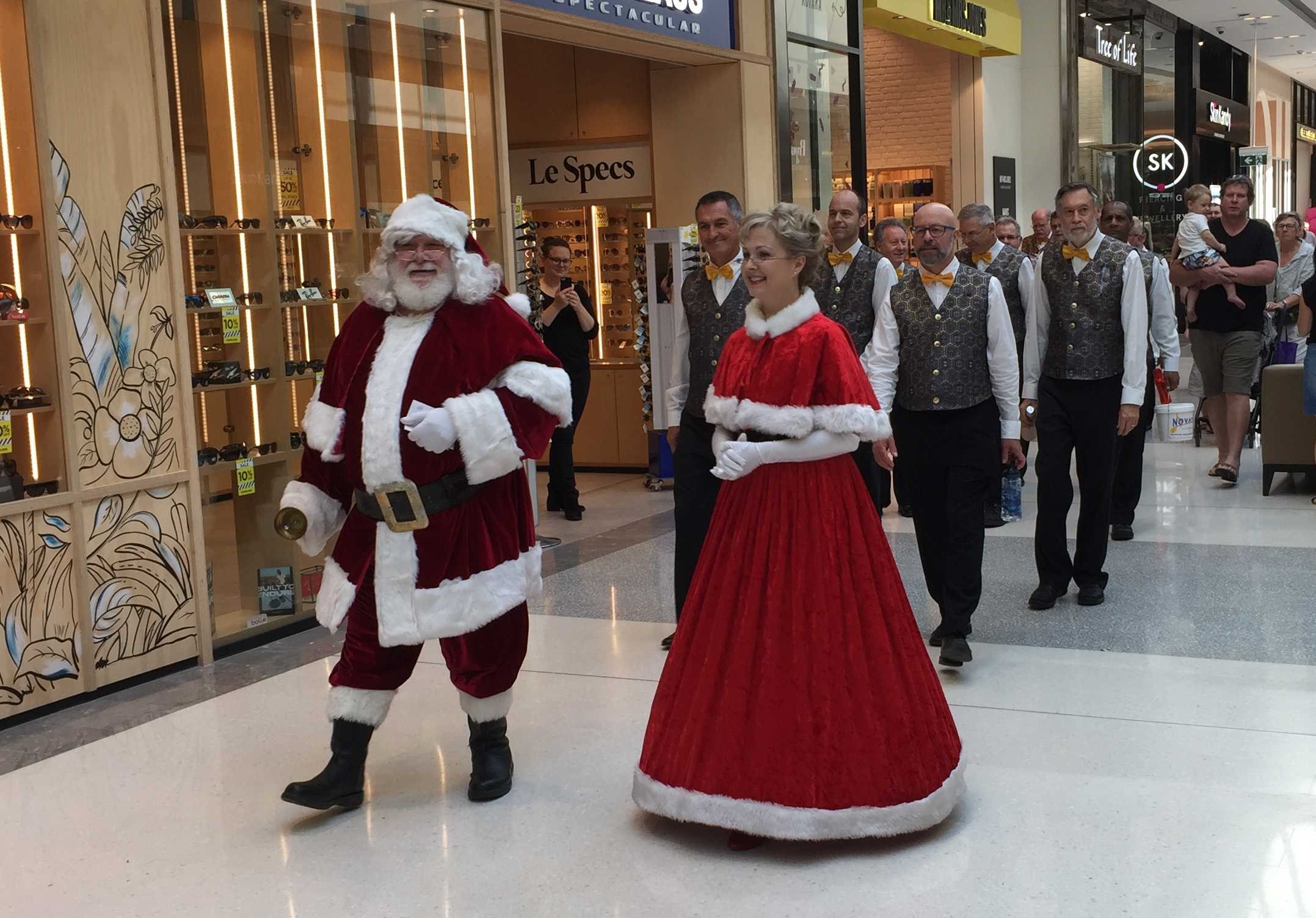 The latter part of 2018 has been a busy for Novatones Harmony Chorus, as well as its enthusiastic committee. As reported earlier this year, our chorus changed rehearsal venues and is now solidly based at Charlestown Bowling Club, which has been very accommodating to the needs of the chorus.   The personnel of the chorus continues to change gradually, as new people arrive and others leave, but numbers are generally fairly stable.  Very recently we have retained the professional services of our wonderful music director Peter Donald, for next year.  Peter, travels up from the Central Coast to attend Novatones’ rehearsals and major performances.


Since the last BHA Newsletter in mid-August 2018, Novatones has been involved in a number of interesting and varied activities.  Four of our members joined in with other Eastern Region Barbershop members, to perform as ‘East Coast Harmony Chorus’, at the BHA National Convention in Adelaide in September.   This proved to be a great learning experience for those who attended.

Local gigs in the latter half of 2018, included a ‘pub-crawl’, around the cosmopolitan suburb of Hamilton, a fun-night, singing at the Greek Taverna in Hamilton, and at a rainy Marine-Rescue day on the shores of Lake Macquarie.  On that same soggy day, the Chorus also sang at a couple of magnificent gardens, during public open days in the Lake Macquarie Open Garden Competition. At several of our gigs, one of our quartets, Beryllium and Peter Donald’s expert violin playing have been great additions to our performances.

The highlight Novatones’ gig of the year has to be our October performance at Noahs’ Hotel, which overlooks the city and the adjoining Newcastle Beach in the East End of Newcastle. The occasion was the Ionians Annual Convention. The Ionians Friendship Group provides a social, cultural and support network, for female ‘newcomer’ residents in moderately-remote Australian towns and surrounding districts. The 250 women who attended the Newcastle 2018 convention were finishing off their main course at the gala dinner, when four of us dressed as waiters, entered the hall and pretended to be cleaning up. We made our way to the front and started singing as a quartet.  Pretty soon the rest of the chorus filed in and joined us. The large, previously-noisy crowd suddenly hushed and gave us their full attention!  For a Barbershop Chorus it doesn’t get much better than the accolades we received for that night: “Please pass on our congratulations and thanks to all your members for such a fantastic performance on Saturday night at our Ionian Convention Gala Dinner.  Everyone was raving about your talents and harmonies and the choice of songs was just “perfect”. Your entry to the room was great - and we loved your finale - the Irish Blessing!”

At our own Christmas Party at a popular local café, a number of our members, who are talented in other musical areas, gave commendable performances. The recital of an epic Banjo Paterson bush poem presented by a 10 yr. veteran and now life-member of the club: Dave Bye, confirmed him as the winner of the coveted annual trophy for the event.

As Christmas rapidly approaches, Novatones singing services are sought after, at the large local shopping malls. These Christmas-related sing-outs seem to be getting earlier and earlier! This year, our Chorus heralded the arrival of Santa at Westfield’s Kotara shopping, on 10th November!  After we sang carols on stage, a (well-suited) Santa arrived and greeted the audience at the stage. Soon after, the local Marching Koalas’ brass band arrived. This large band played and marched past the stage.  Santa and Mrs Claus followed the band, and we followed along immediately after the exalted couple, looking a bit like Santa’s helpers, waving to the crowds!  The procession continued right around the centre. Just recently Novatones returned to the roof-top eating area at that same Centre. This time it was to sing carols on stage at the start of the snow season! Most of us had never sung in falling ‘snow’ before!

Another memorable Christmas function that we sang at, was at the 41st Annual Multi-Cultural Christmas Carol sing-out in the Sacred Heart cathedral in Newcastle West.    We still have a few more Christmas-related gigs to go, before we have a well-earned break.

Our President Brian Bleakley, thanks all our hard working committee for a job well-done in 2018.
Merry Christmas to all other choruses!