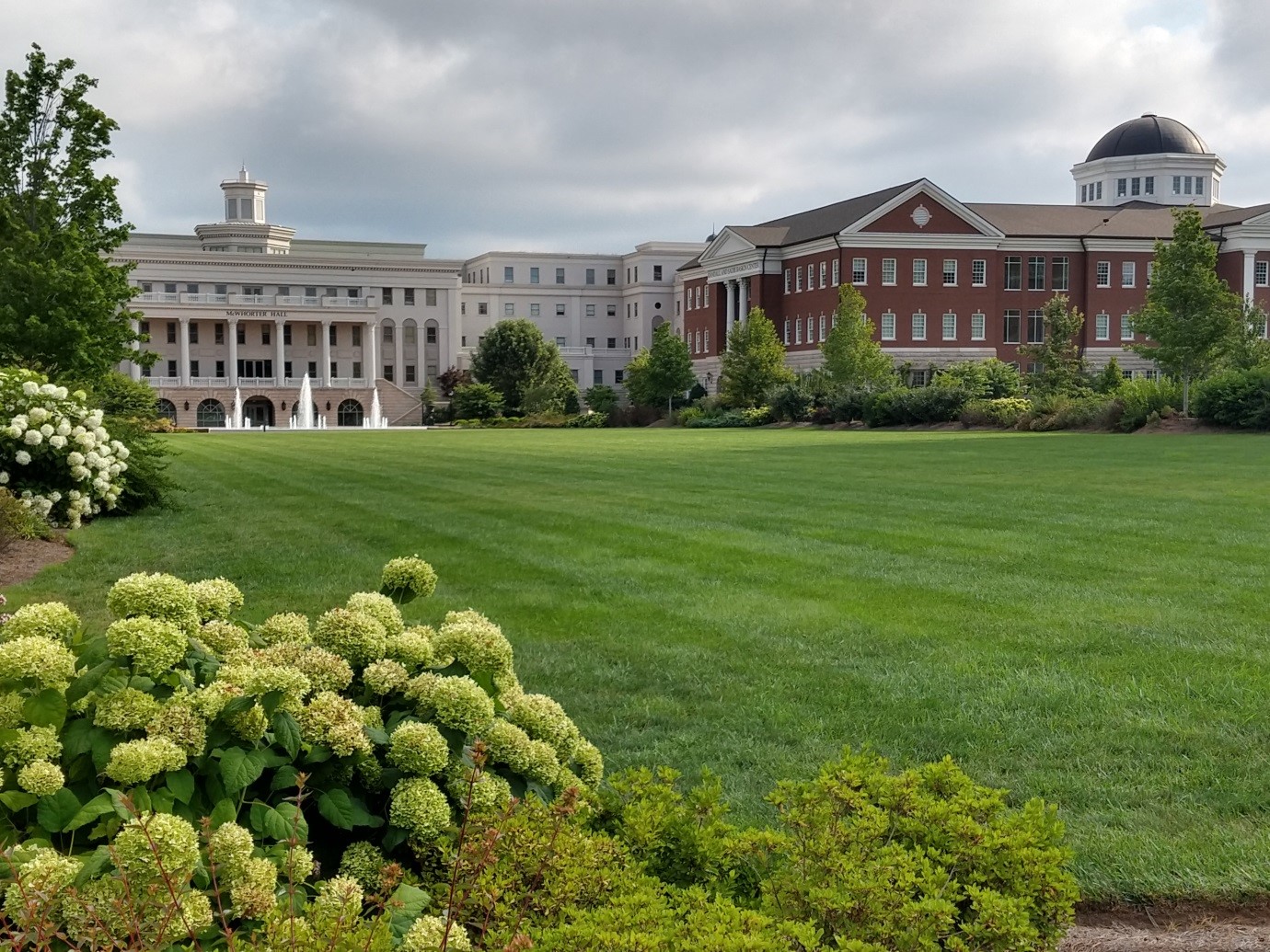 Eight Australians have just returned from an amazing week at BHS’ Harmony University in Nashville, Tennessee.  The eight of us (Lyndal Thorburn, Geordie Cullen, Jennifer and Glenda Lloyd from Canberra; Tim Green and Jono Albertini from Brisbane; Alex Morris from Melbourne (also on the faculty this year); and Lea Baker from Sydney) were amongst almost 800 students and voluntary faculty that delivered classes for a full week at the historic, green and very gracious Belmont University campus in Nashville. This year, participants came from 16 countries.

As a first timer at Harmony U, I was struck by the range of course offerings and the well-oiled BHS machines that runs this event every year. Their promo says that “this event should be on everyone’s bucket list” and they are not wrong, but I think, in effect, that if you have been once, you will want to go again!!  In addition to formal classes we had tag singing and woodshedding (improvised tag singing in the evenings), and lots of opportunities to meet new people and forge networks internationally.

We started every morning with physical and vocal warmups and then learned a tag and practised one of our songs for the concert on the Saturday night – all this was achieved in 45 minutes in what was a masterpiece of timing and coordination. It was especially impressive watching Kirk Young really focus on the tricky rhythmic bits of “Can’t Stop the Feeling” in a short rehearsal that achieved so much over 2 morning sessions!!

My own program this year was based around arranging and conducting.  My Arranging 3 class worked with David Wright to arrange a song and argue over the finer points of moving arrangements from men’s into women’s ranges and vice versa. I learned a whole lot more about ways to achieve a key change! My (absolute) beginner conducting class every morning taught me the basic beat patterns and the afternoon “Outstanding Out Front” class the beginnings of melding (that tricky task of maintaining the beat with one hand and indicating key interpretive changes with the other).  In shorter elective classes I learned about listening for overtones, using social media effectively, getting paid for quartet gigs, care of the ageing voice, sight reading using Solvege, judging categories, coaching singers and analysing arrangements for both harmonic content and interpretation. 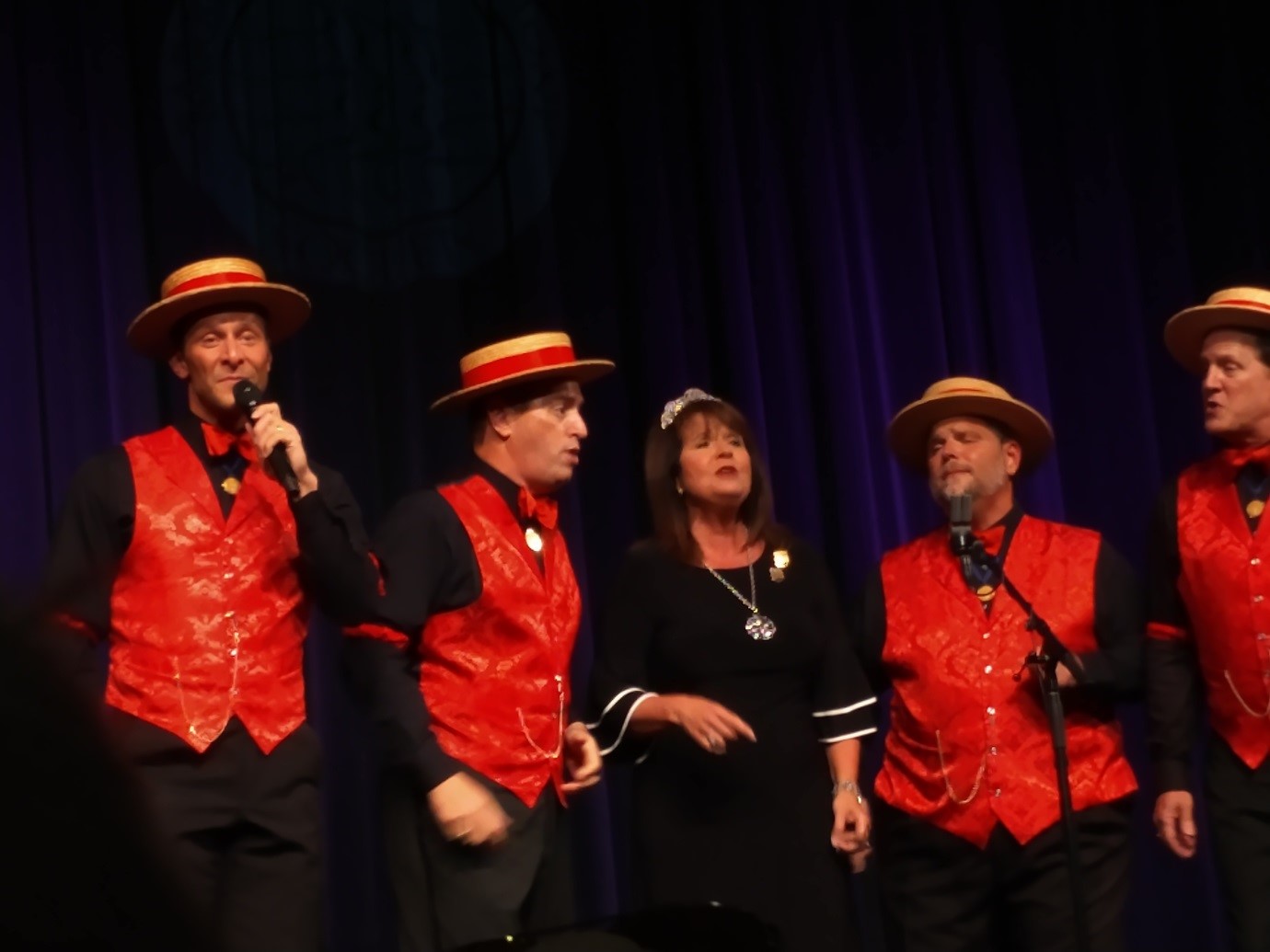 We had two concerts – on Friday and Saturday nights – and were entertained by the quartets and choruses which had been coached during the week, and by Main Street Quartet which won International in 2017 (below).

A key theme this year was also inclusion – this covered recognising the origins of the art form amongst black singers, making provision for those with disabilities, and bringing the learning from barbershop singing into school curricula.  A major step towards inclusion in 2018 has been offering full membership of BHA to women, a step which was not without controversy, but support for which was demonstrated in the 20% (est.) attendance by women at this year’s Harmony U.

Harmony University is run every July, soon after the international convention. The program is divided into 6 “streams” for directors, music educators, performers, musical leaders, chorus/quartet members and youth.  In reality, the program is very flexible and it is quite acceptable to take lessons in all these streams during the week (except, I guess, the youth if you are not in the right age group!).  Attendees register for two streams that run morning and afternoon Monday to Friday plus ‘pick and mix’ from a range of early morning, lunch time, afternoon and evening electives.  You can be busy from 8am in the morning until late at night, if you want, or just do the core sessions.

In addition, there is a separate program for half a dozen choruses and 20 quartets to get a week of coaching, from 3-4 international coaches. And finally, there is a Brigade program, where 60 people sing in “mix and match” quartets, and then participate in an evening quartet competition over two nights, using music that is handed out beforehand.  Registration for next year’s Harmony University in Nashville will open in December 2018.