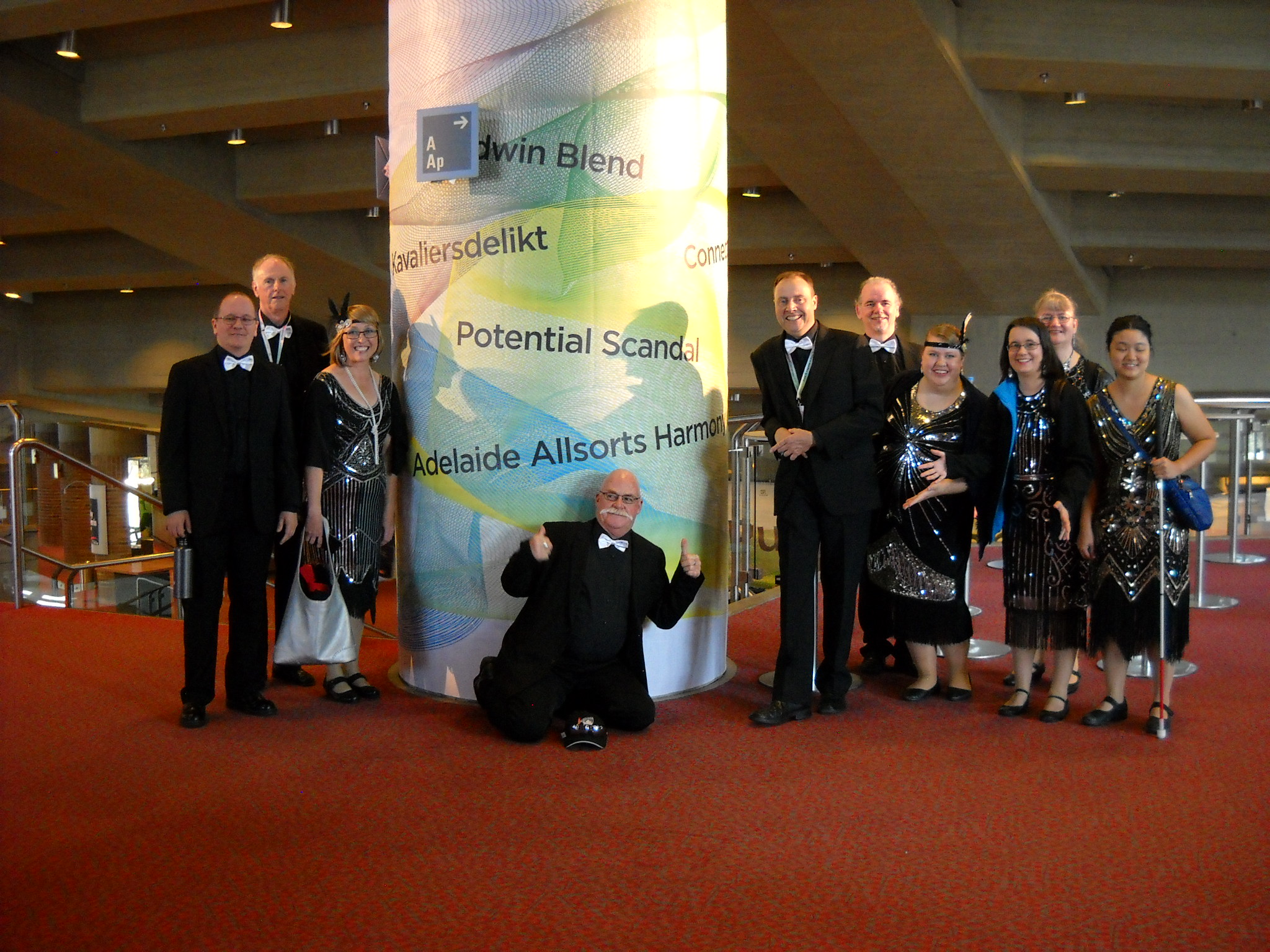 Sixteen members of The Adelaide Allsorts Harmony Chorus competed at the first Barbershop World Mixed Chorus Competition hosted by Barbershop in Germany! (BinG!) in Munich over the weekend of 6th – 8th April 2018. The World Mixed Chorus Competition was run in parallel with the German Barbershop Musikfestival 2018. The venue was the outstanding Philharmonie Hall at ‘The Gasteig’, Munich. There were seven mixed choruses from Germany, UK, Ireland, Canada, Sweden and, of course, the Allsorts from Australia. Everyone we spoke to could not believe that we had travelled so far to compete, but were very appreciative that we did. The reception we received from the audience upon being introduced was rapturous, so much so that I had tingles in my neck and other members of the chorus were also moved.
We scored 63.5 average over our two competition songs. While this fell well short of some other competitors, we were not last (we finished sixth). We were happy that we delivered on stage exactly what we had rehearsed.

Sharing the stage with the likes of The Roninge Show Chorus, Heavy Medal and The Newfangled Four among others during the Matinee Show on the Sunday was also a highlight of our trip. After being introduced during this show, mention was made that it was the birthday of one of our members and so the audience sang Happy Birthday to her, which moved her to tears, thus taking out our entire tenor section!

Overall, this was a well worthwhile adventure. The barbershop community as always was welcoming and supportive and I am sure we will have many happy memories of this experience for a long time to come.
Regards,