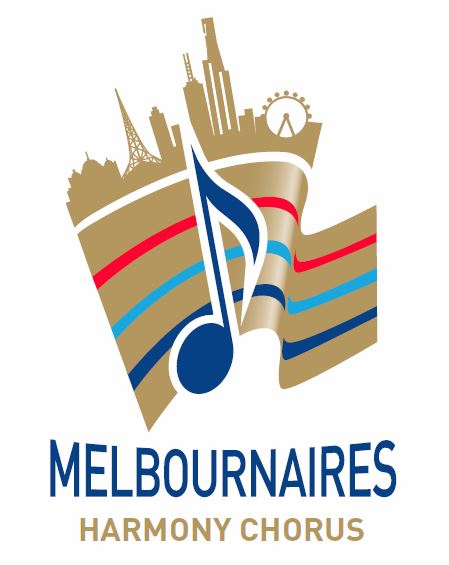 Further to our package of initiatives to upgrade our marketing and recruitment programme, the Melbournaires Events and Marketing Group has finalised the design for a new club emblem as shown above. Based on the emblem that was used for the 2016 national convention in , it will replace the many variations of the "spire" currently in use. As a more modern and meaningful design, it is hoped it will quickly be recognised as synonymous to the Melbournaires Harmony Chorus, its associated choruses and quartets.

We have also been working with social media as a means to interest a wider audience from which to recruit. Set up by our knowledgable and hard working
, it employs Google MeetUp, (similar to Facebook but far more secure). The idea is to gain expressions of interest and send out invitations to rehearsals and/or events. The system is run by Andrew Wright, one of our few tenors, so we will wait expectantly on a high success rate. 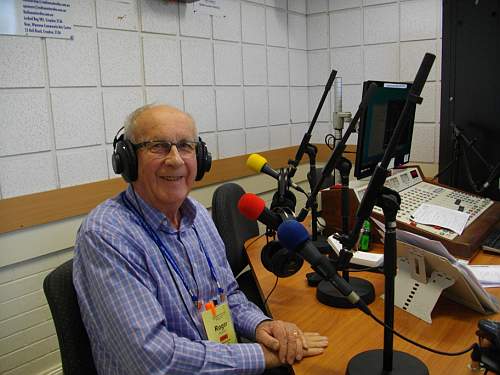 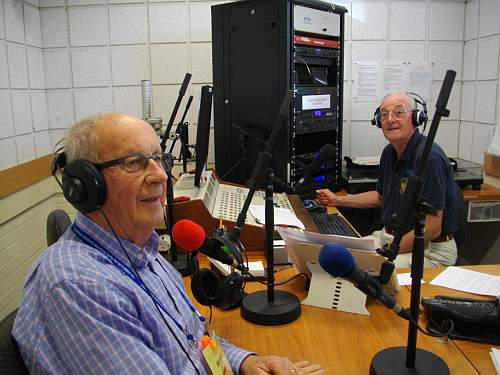 Finally, we are not only spreading the love of barbershop singing locally or within . Our master collector of barbershop recordings Roger Archman, has been presenting his Barbershop Show on local radio for more than 12 years. Radio 98.1 FM is now streaming live, which means anyone in can pick it up on the first Monday of every month at 1.10pm after the news. It works so well that ' son listens in from in the . ' radio gig began when he asked them to publicise a Melbournaires show, and he has been doing it ever since. Having just been introduced to his third host presenter in that time, he is what you might call an old hand at the job, but still loves doing it, and does a wonderful job for the Melbournaires. If barbershoppers in want to receive the play list before the show, all they need to do is become a Friend of the Chorus, (name, e-mail address and phone number), and he will send them the play list each month. Any new chorus or quartet CD will be gratefully received, and will be played on the show.

We look forward to exchanging promotional ideas with other choruses in the interest of keeping barbershop exposed to the masses.