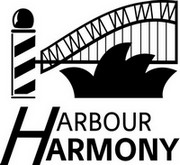 It is hard to believe the PanPac is done and dusted. There were certainly many great highlights but the one that sticks in my mind the most is the welcome Gala Dinner. What a wonderful night that was. The camaraderie and bonhomie in that room on the night was positively uplifting and enjoyable. I heard later that the Kiwis are thinking of re-introducing this dinner to their future conventions because they were blown away what a great event it was. There were, of course, many other highlights, not the least of which was the gold medal performance from Vocal FX and the numerous performances by Crossroads. What a great bunch of guys!

The Convention proper got underway on the Thursday in the fantastic Pyrmont Theatre within the new Sydney Convention Centre. The first and second quartet semi-final sessions were held during the day followed by that wonderful Welcome Gala dinner in the evening. With an unprecedented fifty seven quartets competing in the various competitions and categories, it was necessary to hold a third quartet semi-final session on Friday morning. Following the completion of this third session the successful quartets qualifying to compete in the finals in the evening were notified.

The traditional Massed Sing was held in the Amphitheatre of Sydney’s Martin Place at midday following the third quartet semi-final. Hundreds of barbershoppers performed to the sometimes bemused and delighted lunch time crowds liberally sprinkled with “party faithful” who had come along to enjoy this rare spectacle. The appearance of Crossroads electrified the audience and almost certainly spurred on out ticket sales to the Showcase of Champions show on Saturday night.

As a prelude to the chorus competition on Saturday, the Chorus Corral was held in the Pyrmont Theatre during Friday afternoon with most Choruses informally performing in front of an appreciative audience.

Seventeen quartets lined up for the finals in the evening which were made up by the top ten PanPac finalists, the top ten BHA finalists and the top seven BHNZ finalists.

Full scoring details of all other medal winners and competing quartets can be found on the BHA website under the Contest Scores tab.

The Chorus Competition got underway at 8.30am on Saturday morning in the much larger Darling Harbour Theatre. A total of twenty five choruses performed throughout the morning and early afternoon with Chorus sizes ranging from the largest of 42 singers down to the smallest with just 10 singers. 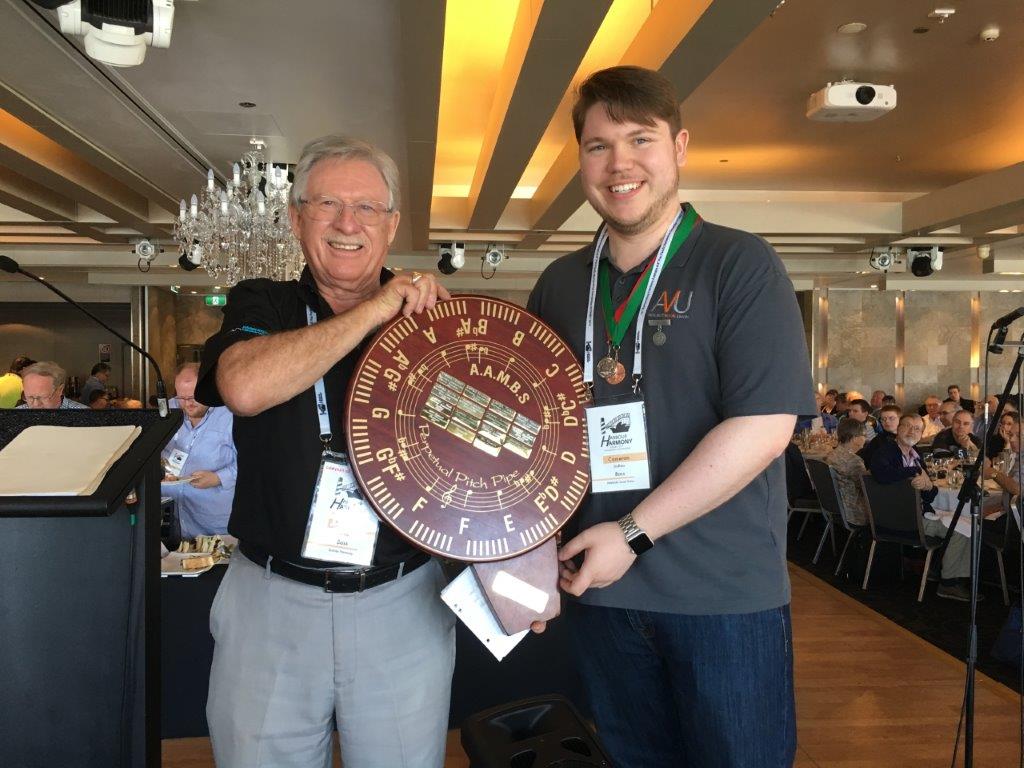 The highlight of all conventions is generally the Showcase of Champions on the Saturday night. The PanPac show well and truly lived up to this reputation with upwards of fifteen hundred people being treated to a wonderful show of the finest in barbershop singing culminating in a once in a lifetime performance from Crossroads.

With many delegates on their way home, those remaining gathered for the farewell lunch overlooking the vibrant Darling Harbour and were again treated to excellent food, great fellowship and, yet another brilliant performance by Crossroads.

For those who attended, we are sure you all enjoyed the Convention, for those of you who were unable to attend, we hope this gives you a small taste of what a great event it was and encourage to consider coming to the Adelaide Convention in 2018.

The final official act of the Convention was for the Ceremonial Pitchpipe to be handed over by 2017 Convention Chairman Warren Lewis (left) to the incoming Chairman for the 2018 Adelaide Convention, Cam DuRieu.