How we recruited ten new members 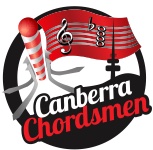 We recently had a very successful membership drive with 20 fresh faces on day one converting to 10 people auditioning to join our chorus after the five week programme.

The first night was nearly overwhelming with as many new singers as regular members in attendance!

This is a significantly better result than our efforts in prior years and I thought it appropriate to share some of the thinking and planning behind our programme this year which may be of benefit to other groups.

Social media is potentially an attractive platform for advertising but it will miss a lot of folk who don’t use facebook and twitter etc. That doesn’t mean social media isn’t useful but based on the feedback from the new guys, we got more results from our advertising with the corflutes (road signs) we had printed.

Regarding the corflutes, here’s a few tips we think got us bang for buck:
We have tried free programmes as recommended by the BHS Ready, Set, Sing! programme with limited success in prior years. I believe one of the reasons we get a different result in Australia from the USA is that a greater percentage of men attend church in the USA and sing at sporting games and are therefore more used to singing in public, whereas men singing publicly in Australia tends to be limited to shouting along to a band with a few drinks under the belt.

We chose to make the first night free and then charged $40 for the remaining four weeks. The thinking behind this is that a typical Aussie will see an advertisement for free lessons or a free show and think ‘hmm it’s gotta be pretty ordinary for it to be free’. Charging money raises the ‘Perceived Value’ of what is being offered and seems to have attracted some better singers for us.

We made the first night free as the first round of winnowing out those that were not likely to be capable of continuing and give people an opportunity to opt out if they decided it wasn’t for them. This is also important as dragging someone through a programme where they will clearly not be successful at the end doesn’t help anyone.

Our musical director Dan Bennett chose an a cappella ballad in three parts and an upbeat polecat as the songs to be taught over the programme. Barbershop was mentioned only in passing to explain the different voice parts and to explain some of the awesome sound produced as the guys locked and rang some chords. Many of the experienced new singers had not heard this in their previous singing experience.

We took the time to follow up with each new person each week to ensure the programme was meeting their expectations. We had some drop away after the first night but around 15 people continued with the chargeable part of the programme. This was a nice bit of chorus revenue which covered our advertising costs.

In the fifth week we put on a show for family and friends. We fleshed it out to 60 minutes including performances by the chorus, three quartets and, of course, two songs with our new members. The audience seemed very appreciative of the great singing and also of seeing their loved ones perform.

We ended up with around ten men auditioning to continue with the chorus. So far five have passed audition, some have been unsuccessful and more in progress. And yes, they know they’re joining a barbershop chorus!

I hope this helps you get more people on the risers!