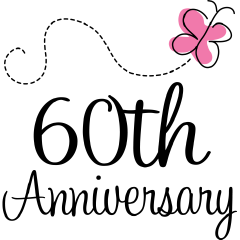 This year, on 21 May, Margaret & I will be celebrating our 60th wedding anniversary. We had planned a small luncheon, but our dearest friends, who live in the UK, could not come then, but advised that they could come out in early March. So we decided to have our celebration on 7th March. We were lucky - our party went ahead just before the virus situation became significant!
I write this to illustrate one of the tremendous benefits of BARBERSHOP. after nearly 20 years with SOUNDWAVES chorus, in Gosford NSW, we moved to SE Queensland last year.  A dear friend Ken Gardner - also of SOUNDWAVES - had moved up to the Dorigo area several years ago, and still gets to sing with SOUNDWAVES on occasions. Being the closest member of SOUNDWAVES to us, we asked Ken and Margaret to our celebration, both as old friends and for our old chorus association. We were delighted at their immediate 'yes, please'. 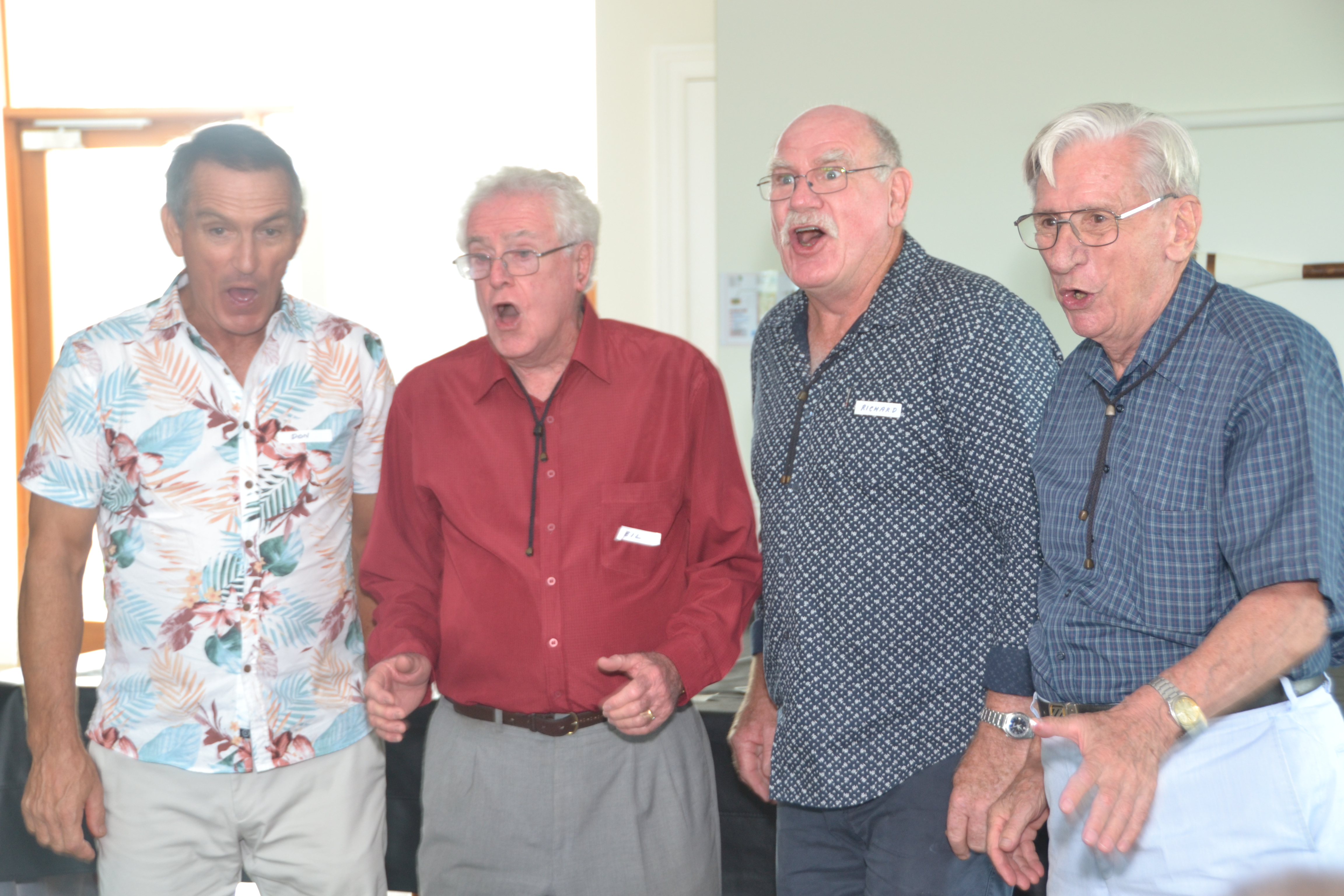 Now way back in 1989, after a year of introduction to barbershop - Harry Owen & I started the Canberra Chordsmen - I retired to Nelson Bay, NSW. NO BARBERSHOP within 200 Km! So I got some guys together, and  that quickly boiled down to a quartet. We registered for the first 'in the flesh' AAMBS Convention in 1991 as 'Four Crying Out Loud', and we were still together when I had to depart due to another move in 2002. So for those 11 years, Neil, Don, Richard and I sang together and taught ourselves Barbershop. The friendship and enjoyment we experienced has wonderfully lasted, and Margaret and I were honoured and overjoyed when Neil, Don & Ella, Richard and Narelle came to our celebration. Of course we just HAD to sing a few songs, including one that turned out to be a sort of theme song for us - 'Little Gomez'. A great, entertaining song written and recorded by that great Australian singer/song writer Eric Bogal, whose publisher gave us the right to arrange and sing it.

Certainly not great Barbershop, but we owe five awards as 'The Most Entertaining Quartet' at the Eastern Region's annual weekend workshop to it. And here we are at our 60th anniversary celebration. Happy singing!