Harmony College – What a Blast!

Eighty or so souls signed up for the Harmony College at the Naamaroo Conference Centre following the completion of the PanPac Convention with high expectations and anticipation. It can be categorically stated they were not disappointed and it would not be an exaggeration to say their expectations were far exceeded.

What a great bunch of knowledgeable and likeable guys. 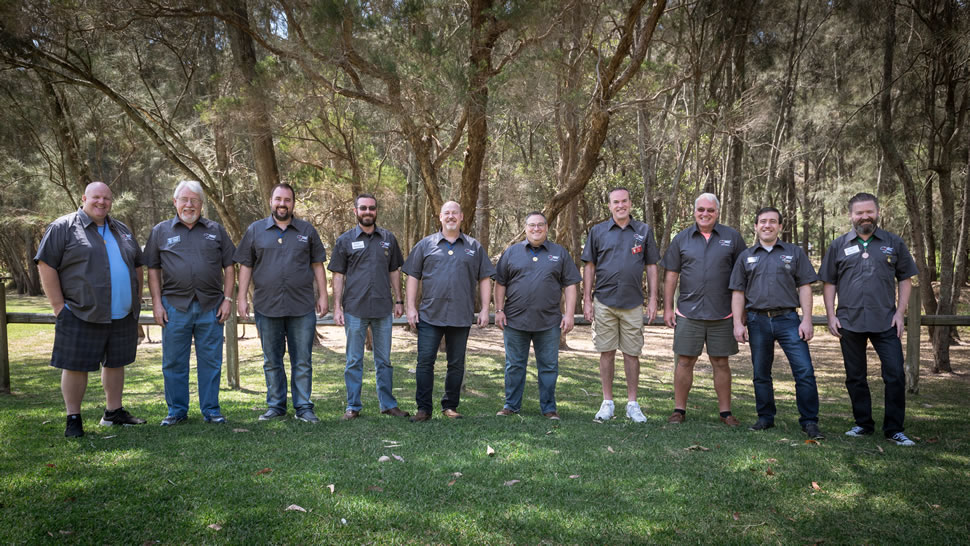 The sessions were full on and started on Sunday afternoon soon after everyone had arrived at the Conference Centre and carried on until around 10.30pm each evening.

The program, which was put together by Andrew Howson assisted by Dan Beckitt, included a great mix of general sessions, smaller, specialist classes and lots of personal voice instructions for both quartets and individuals.

Not surprisingly, all the available personal sessions were quickly booked up with Bec Hewitt from WA stepping in to offer additional PVI’s to those who missed out on a session with one of the faculty members.

For those of you who decided not to come to Harmony College because “you had heard it all before” boy! How wrong you were. All the sessions included new, interesting and stimulating ideas and discussions. Not to single out any one in particular but the voice coaching from Rob Mance and the various Chorus sessions with Jim Henry were outstanding.

The social side of Harmony College was also outstanding culminating in the “Showcase” on the last evening. What a night with some brilliant and unusual performances. The duet performed by Bec Hewitt and Jo Oosterhoff left us spellbound and the one man improvisation session by Brian Martin was amazing. It was so great to also share in a reunion performance by Alliance. They showed they still have it and it was great to see these guys back together again.

The best part of the evening came during the Afterglow when Crossroads sang virtually every song they knew to a spellbound late-night audience sitting on the floor around them in the foyer of the canteen. A truly magical experience.

We said our farewells on Wednesday morning and went our separate ways after a fantastic three days. I am sure all those who attended will remember it for a long time.

Thanks must also go to David Farley from Hills Harmony who organised the overall logistics of the event. Great job David.